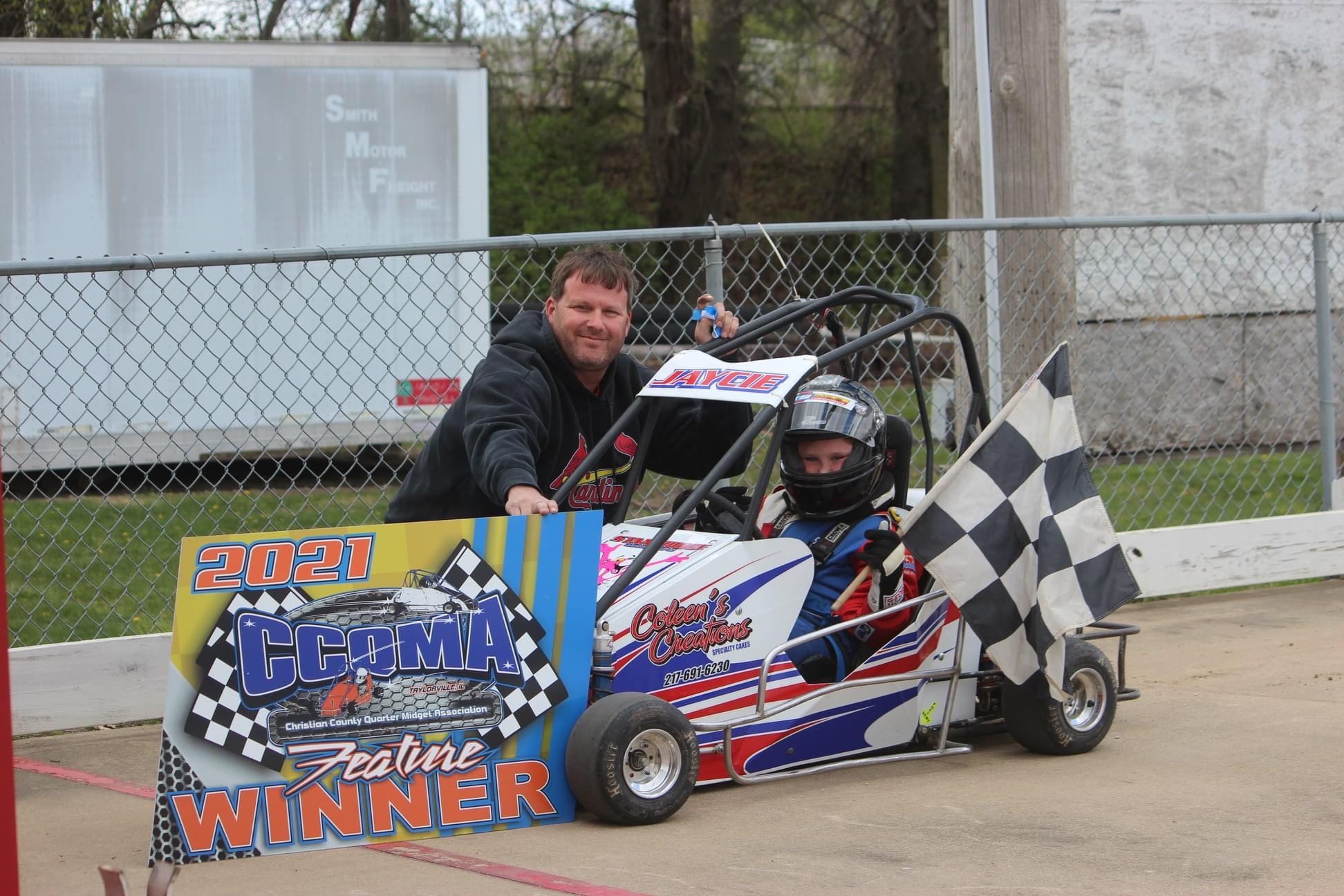 Racing season is officially underway. Jeremy ran his first MOWA race a few weeks back at Tri City Speedway. Started in the back of a tough heat and finished 5th and finished 3rd in the bmain. He went on to start 20th in the A-main and climbed to 13th finishing position. Jeremy’s next race will be at Jacksonville Speedway on May 14th. As for Jaycie, she started out her quarter midget career at the IL state fairgrounds on April 10th and 11th and won both heat races and finished 2nd in the feature, went to ALQMA the following week and repeated the same results, won both heats and a second. She then we on to CCQMA in Taylorville, IL where she pulled off the clean sweep and won both heats and got her 1st feature win. Jaycie’s next race will be next week May 8th at ALQMA in Broadwell, IL.